As you know I’ve been driving through to Edinburgh every Wednesday night this year to attend jewellery classes at Silver Hub Studios run by the lovely Lisa Arnott. I’ve been studying hard and have been learning how to make lockets and hinges, but last week we touched on riveting and I got shown how to do a tube rivet – I was instantly smitten!

These are the the pieces of copper that Lisa used to demonstrate how to make a tube rivet: 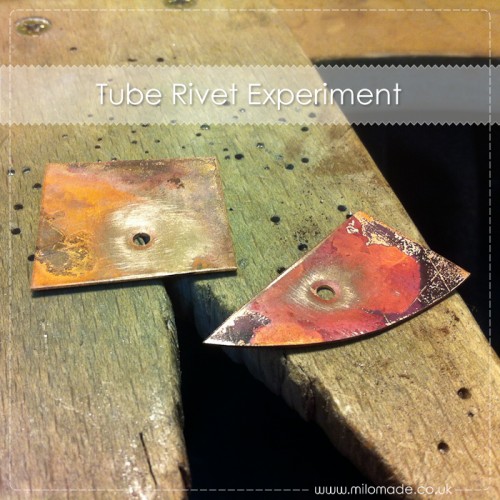 They were stuck together with masking tape and drilled, then flattened and sanded/filed. A piece of tube was then cut to fit the hole and that stuck out about a mm on each side. She then used a tool and hammer to flare out the ends of the tube. Once flared enough, the ends were hammered with a rivet hammer until flattened. I don’t have a photo of the finished piece, but it gave me an idea of what I wanted to do next.

After being shown the technique I had a rummage in the copper scrap box and found a couple of pieces that went well together and decided to make a piece of jewellery. Rather than just practice and discard, I thought I’d apply my new knowledge to make a brooch. So I sanded and filed and polished the two pieces of copper I had found and stuck them together and drilled two holes into them.

I didn’t get a chance to finish the piece in class, so brought it home and managed to work on it today. It ended up as a necklace rather than a brooch as I had an urge to thread something though the holes made by the tube rivet. 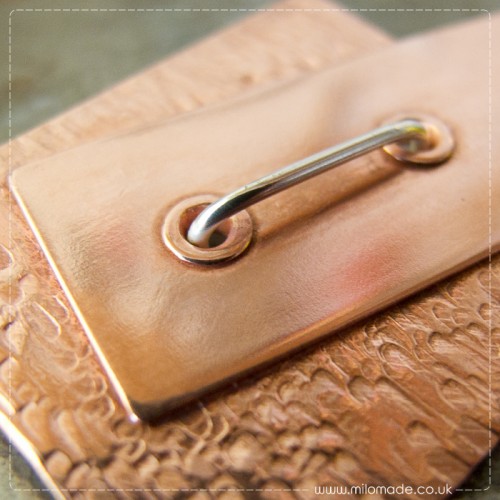 I used a piece of 1mm silver wire and threaded this through the holes and then made a hooped bail from each end and soldered these on to the back of the piece. 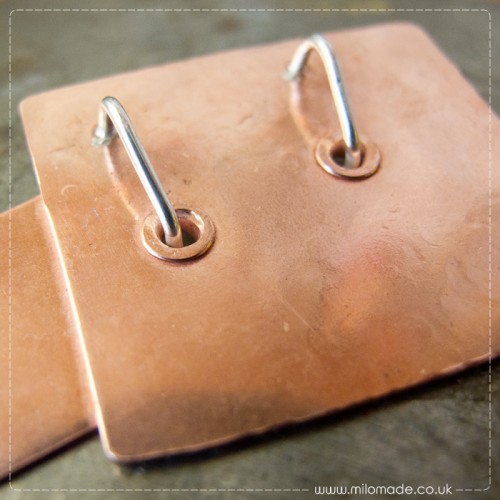 I think I’m going to oxidise this and then polish it up and make the most of the texture I created on the back piece of copper. 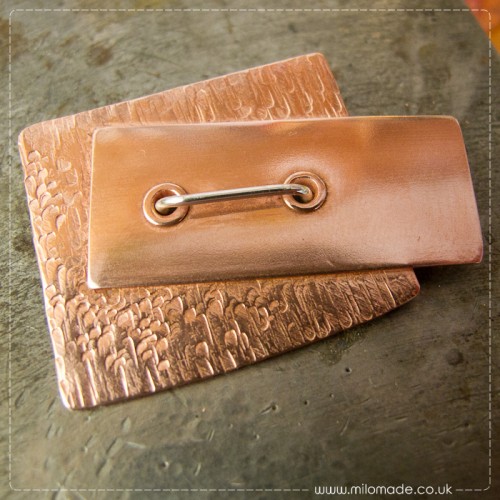 I’ve attached it to a choker style necklace and it’s going to look lovely when finished.