I’ve mentioned before that I live the double life of a designer/maker and web designer. I work in Edinburgh one day a week for a company called Wealthflow and my boss, Duncan Glassey, is doing something awesome later on this year that I’d like to share with you.

I’m interupting my usual flow of Milomade news to tell you about Millionaire Chess. 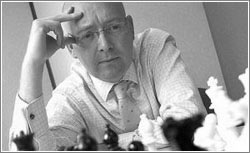 My boss Duncan is committed to supporting families with specialist care needs, to make smarter investment decisions whilst organising and simplifying their financial lives. His first love was chess which he began playing competitively at the age of 9.

In October this year, he will be taking part in the Millionaire Chess Tournament in Las Vegas. Through playing chess against amateurs, professionals and grand masters alike, Duncan will be raising money for charity, namely BackUp, Bobath Scotland, Disability Snowsport UK, Children’s Hospice Association Scotland and RNIB Scotland.

Millionaire Chess is the most anticipated open chess tournament in the history of the world’s most storied game. Over 500 players from more than 40 countries will assemble to do battle for a million dollar prize pool. The range of participants will include 10 year old chess prodigies up to International Grandmasters.

“By taking part in Millionaire Chess I am fulfilling a personal dream and pursuing a really exciting opportunity to raise money for charities that I know make a difference to people’s lives. In my work as a Chartered Financial Planner I advise and support a number of families with specialist care needs, and it is charities close to their hearts that I am fundraising for.

Knowing I am raising money for the charities will spur me on. If luck prevails and I progress to a point where I win prize money, it will be added to our fundraising total. Also, I will pay a forfeit for each game that I lose!”

The tournament takes place 8th – 12th October in Las Vegas and Duncan is thrilled to be taking part. While it may be a challenge as it has been some time since Duncan competed in a professional chess tournament, the goal of raising money for charity will be a great incentive.

I’ve set up a Virgin Money Giving page and here you can support Duncan and help him raise money for the five chosen charities.

The page will run until the end of 2015 and with your help a total of £10,000 will be raised, all of which will be passed to the charities.