I sat down tonight after getting back from my jewellery class to write a blog post about the progress on the locket I’m making and so I connected my iPhone to my laptop to download the images I took tonight of the steps I’d done. The bloody stupid iTunes software decided that this was a new device and needed to be restored!

Before I knew what was happening a ‘restore in progress’ message appeared on the phone screen and there was no way of stopping it and so I’ve now lost all my data – got none of my photos, lost all the recent contacts I’ve added (which really pisses me off as I added tons of addresses and birthdays etc), lost all my own configurations and setup including email accounts – it’s bascially reset the damn thing to how it was in August 2013 as for some reason that’s the date it’s randomly chosen as my last backup, which is complete bollox as I backup on a regular basis to the so called iCloud nonsense!

I hate the fact that iTunes opens automatically every time I connect my iPhone – but can I find the setting to stop this happening – nope – I know it’s there somewhere, but I can’t get beyond the impenetrable minimal interface that gives me zero information about anything the software does!

It can’t even synch things properly – it’s happily wiped all my photos and contacts etc, but all my recent music downloads seem to be there – some I now have two copies of or four copies of – why the duplicates? Is there a way to delete the duplicates – nope!

I’m so annoyed as I specifically took photos of every stage of what I did tonight in my jewellery class so that I’d have a record of the steps I’d taken but also so that I could post them up here for you to look at.

Oh well – bugger it – I’m off to bed instead to curse Apple and it’s shite-filled software and try and get my phone set up the way it was half an hour ago, minus all my photos and data!

On a more positive note – my locket is progressing well – just wish I had the images to prove it! This is the only surviving image – one photo I uploaded to Facebook! 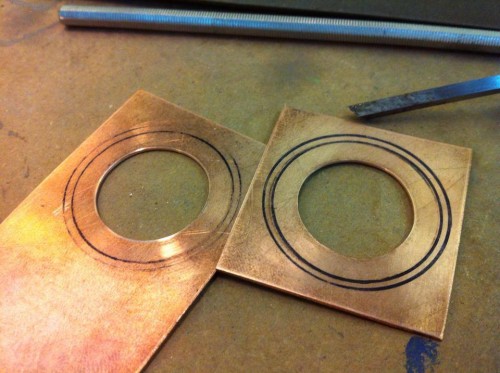